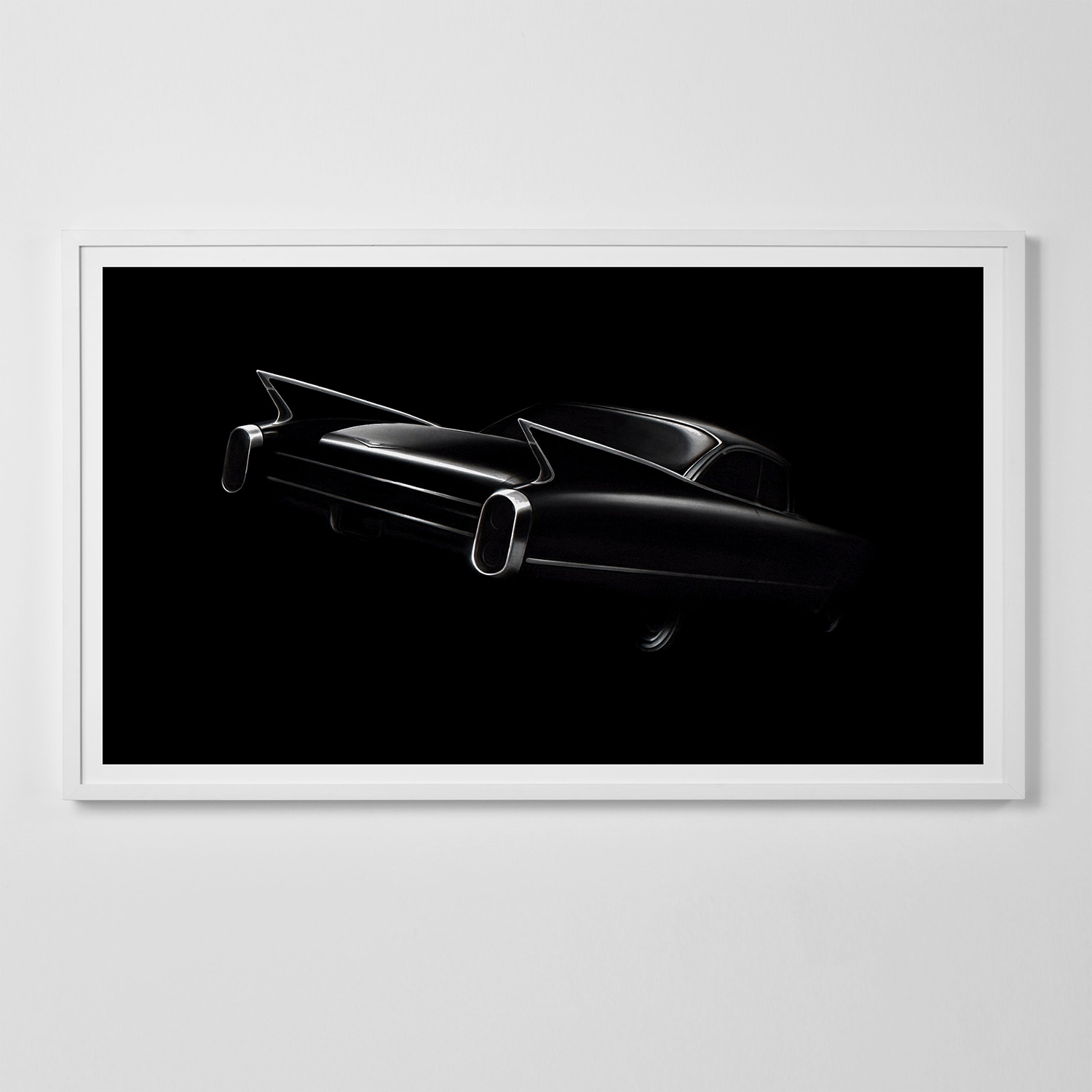 Having been fascinated from his childhood by the world of media and its powerful influence, be it film, television, magazines, or comics, Robert Longo explores these themes working and reworking on the images to give them velvety, deep, blackened expanses and sharply contrasting whites; his forms are at once representational and softly elusive.

“I wanted the Cadillac to look as if it was sinking deep into the black abyss of time and space; the coffin of a bygone era, the phantom vessel on its journey down to Hades.” — Robert Longo

The sources for the creation of “Cadillac” come from Longo´s childhood. His father was an accountant and had a weekend job for Destefano Brothers Construction Company, whose owners drove Cadillacs. The artist´s father brought one of their used Cadillacs and Robert Longo was fascinated by this car, which represented for him everything in postwar America, from Marilyn Monroe and John Wayne to the atomic bomb and the space program.